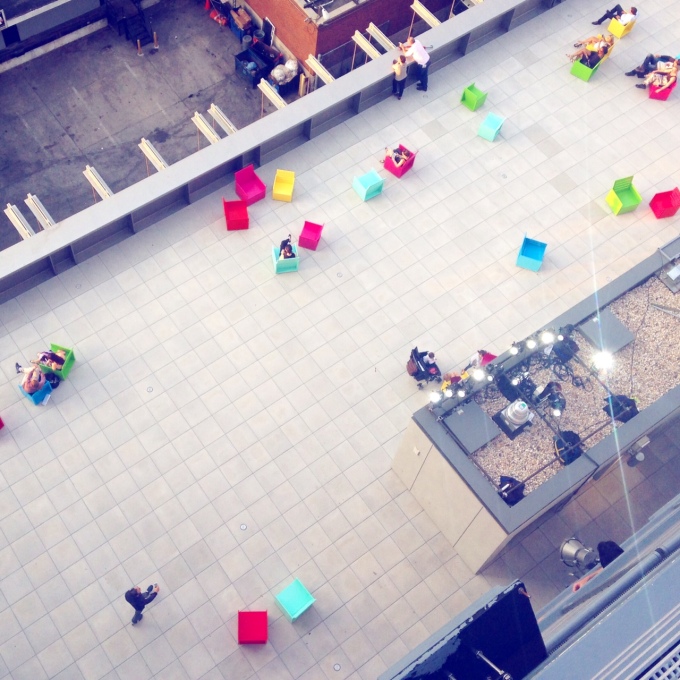 New York–you’re supposed to flee it in the summer, that cesspool, that great unwashed. But come evenings, I don’t know why you would. New York on a summer’s Eve is a dream world, soft and tucking magic round its corners. Tonight, we went to the new Whitney, a place designed impossibly cool, in the blingiest corner of the blingiest hood in town. Cool in its lightbulb and decal signs winking aphorisms and a crayola box of scattered armchairs. The exhibit, America Is Hard to See, cool too, but I warmed to it: a century of American art, cross-medium and rebellious. On the top floor were many cubist and precisionist cities and industrial totems, farms and automobile factories and the Brooklyn and George Washington bridges and Queens through smokestacks bleeding out to a deck that faced ninth avenue. Ingeniously, the sharp angles and beige/russet/black pallet of the paintings inside matched the cityscape outside.
After, we spilled out into a warm night and traipsed across cobblestones and nearly found a gold ring. At the fourteenth street subway, a strings quartet played, beautifully, the Wedding March, and people gathered, listening.