I went to see the new Emily Dickinson exhibit at the Morgan this morning. I’ve liked Emily Dickinson since I was a child, without knowing more than the most famous of her poems. I read and reread Michael Bedard and Barbara Cooney’s picture book about her, and the little girl who spotted the train of her black dress once, on the stairs. Emily wrote the girl a poem, I remember, and in return, the girl gave her paperwhites, bulbs that harbinger spring in winter, indoors, the perfect flower for a recluse.

The book didn’t make clear why Emily felt the need to retreat from a world that was already, relatively speaking, a retreat, and the exhibit didn’t either. Emily, the daughter of one of the treasurers of Amherst College, received the sort of education typically afforded only to wealthy young men. The exhibit contained yearbooks, programs for plays and “Eclectic Societies,” daguerreotypes of the prominent scholars and publishers and ministers whose lives Emily’s intersected with. She grew up in a cultural hub, even if the culture heavily tinged with a religion she could never bring herself to subscribe to. She had large, dark eyes and auburn hair she once prized enough to send her best friend a lock of; she was, in many ways, a catch.

She was a catch but she got caught in herself; by her mid-twenties, she had begun to withdraw, to curl up like a snail in her room, going outside only to garden. And yet, measured in words, her life was full indeed: over its course, she wrote 1800 poems, half of them between 1858 and 1865. Only 10 were published in her lifetime; all anonymously, and most without her say-so. Most of them existed in only one or two places, jotted in pencil on sheets of paper she first sewed into fascicles and later folded together in simpler sets. Some she sent to friends, or admired acquaintances; the majority were known only to her until after her death.

Like e.e. cummings, Emily saw poetry in multiple dimensions, played with capitalization, with alignment, with the shape of the paper beneath the words. She loved em-dashes; some of her poems seems studded with sharp intakes of breath. Shad her own editing notation: “N” for nature, “D” for death, crosses for words with alternates. She almost never used titles. Because of this and because so many of her poems lived in letters, and because her literal voice was so swoonily akin to her poetic one, her posthumous editors sometimes had to guess where the letter ended and the poem began. They may have guessed wrong, but if the world is your shellacking oyster, does it make a difference?

In recent months, I’ve been doing some shellacking of my own, walling myself off from flesh and bone connections. Conversely, I’ve been texting furiously. Like Emily and the legions of IRC-ers and Redditors and 400 pound men who live in their parental basements, I’ve (re)discovered the comfort of a world of my own making, bolstered by communication whose direction I control. I drink and my texts grow expansive; I make plans I shy away from come shriveled morning.

It’s easy to blame the election for this, and much of it is reactionary: with so much to do, and so much to be angry about, I do nothing and seethe, or the easiest things, while dreaming of doing everything, and loudly. But Emily was at her most productive at the height of the Civil War; in solitude, she produced; I tend to reduce, or flail. 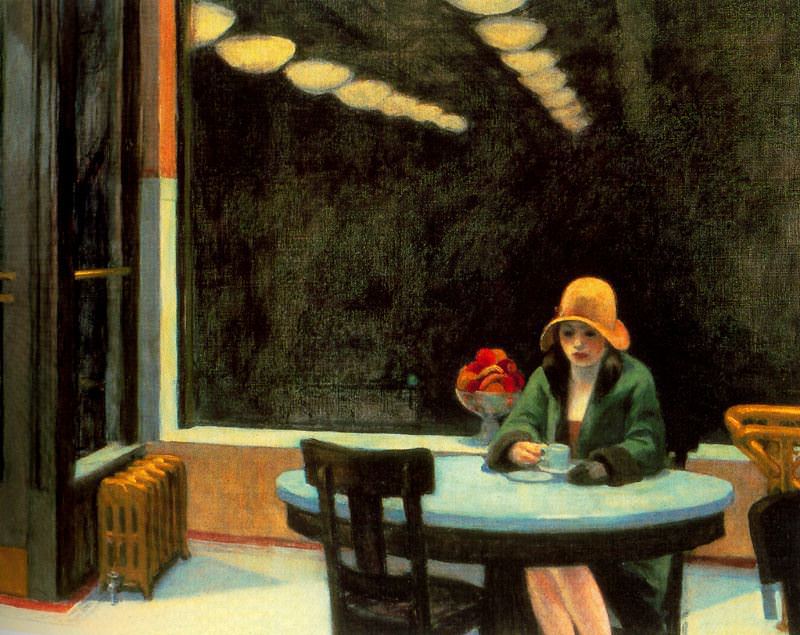 This post doesn’t have an end; I’m not even sure what I’m trying to say, exactly. Is solitude justified if it’s productive? Can I spend my days consorting with flowers so long as I write about them in ways that contain at least a possibility of politically aware metaphor? Unless you’re a genius, that smacks of privilege. The day I felt least shellacked was the day of the Women’s March, in Washington. There was joy that day, in walking among so many people who didn’t just feel or dream but did. It helped that there was no cell service; the only place I could be was exactly where I was.

Book Talk
Emily Dickinson, Solitude, The Morgan Museum
← The Gray Mare Is the Better Horse
→ This Is Not Simone de Beauvoir