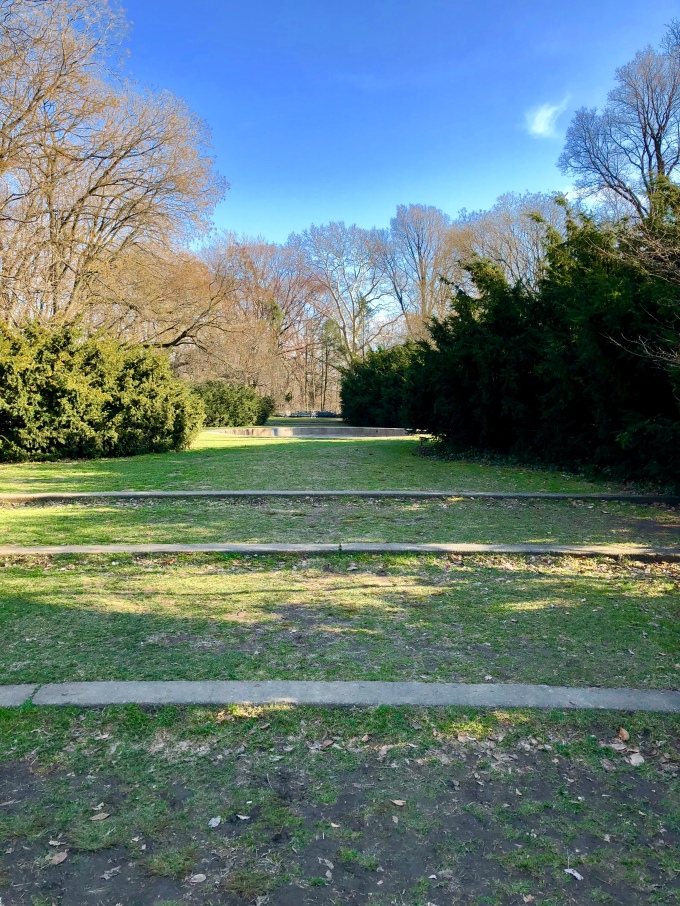 Listen, if spring’s not well and truly arriving in the upper mid-Atlantic, her simulacra is pretty darn convincing. Normally, I’m a stickler for seasons starting and stopping when they ought to (said primly, like an old schoolmarm), but now that I’ve got a wee baldie in my care, I say to heck with the Gregorians, and to heaven with Staten Island Chuck.
Today, the iPhone read 58 when we set out, the younger old dog and the baldie and I. Shorts weather for one of us anyhow, plus an inch of the baldie’s fat calves. By the time we hit Prospect Park, there were sixty degrees of soft, lemony sun, and the place was swarming. One of the nicest surprises about being home during the day is how bustling my swath of residential Brooklyn is. At almost any hour, the sidewalks and coffee shops and parks contain people of all ages, in clusters and alone, and while a decent minority sport the strollers and swank athleisure or Comey&clogs combos of the SAHMs, the majority are not so easily buttonholed. In Prospect Park at three thirty, there were slight young men chugging up the East Drive’s final hill in smooth, brightly colored helmets and insouciant messenger bags and joggers in full winter gear and tank tops. Small children chased soccer balls up and down the swells of the Long Meadow. A Sikh man in a purple tee-shirt and maroon turban whizzed by on a skateboard, followed by a passel of high school girls in headscarves and beanies and bare heads. There were teenagers everywhere, actually, some warming up on the fresh-pressed ballfields but most on their way to somewhere else — a counterpoint to all the tired kidsthesedays arguments, for if kidsthesedays’ heads are so tied up in the virtual, why would they take the long way through the natural? 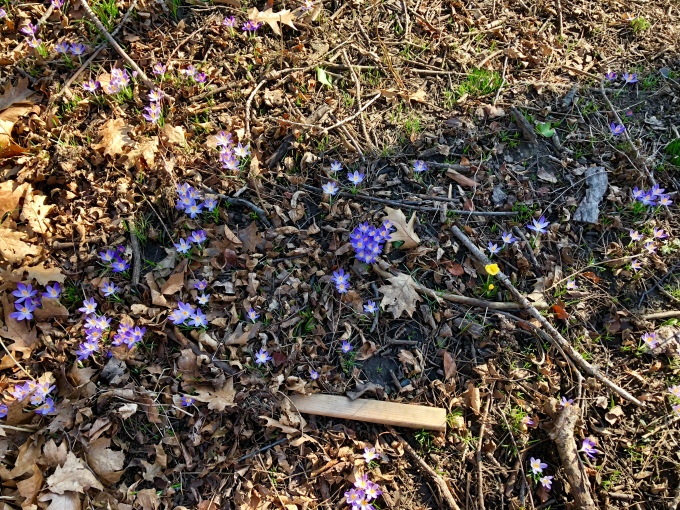 I took the baldie to the Vail of Cashmere, and had it nearly to myself, apart from two elderly black men, who shared a bench and the contented quiet of being in a pretty place on a nice day. On the wooded path back, the wild crocus wickened the brown and the snowdrops were thick as thieves. The sight of them did a body good. Hey, maybe it did three.